On Tuesday night 26 of the NHL’s 32 teams will play. The most interesting matchup on that slate of games is the Pittsburgh Penguins vs the Edmonton Oilers. Edmonton will be playing host to the Penguins, as the Oilers try to continue their hot streak (7-2-1 in their last ten). Pittsburgh is fighting to stay out of the Wild Card in the east, only one point ahead of the Washington Capitals with one more game played.

Edmonton is led by Connor McDavid, arguably the best player on the planet, and Leon Draisaitl who is a scoring machine. Draisaitl is second in the league in goals, only behind Auston Matthews, and has the fourth most points in the NHL at 108. Mcdavid on the other hand leads the league in points with 118, and is seventh in goals scored with 43.

Pittsburgh has been slow coming down the stretch this year. They started the year off hot, getting out to a 27-10-5 start to the year, but since then are 18-14-6. They also are 4-5-1 in their last ten and have not been able to stay healthy. Evgeni Malkin is currently out day-to-day with an injury and Pittsburgh really needs him to produce goals.

The Oilers are 31-10-4 in their last 45 games this year, and have used this incredible second half of the season run to secure their spot in the playoffs. They’re currently set to face-off against the Los Angeles Kings, a matchup that favors Edmonton heavily due to their scoring ability.

The only thing shaky about this Edmonton team is their goaltending. They don’t have horrible goaltending, but they also don’t have a starter that can play four games in a row without worry. Mike Smith is a solid veteran, but none of their netminders have a save percentage better than .910%.

If Edmonton wins this game they pretty much secure themselves to not be in the Wild Card which is an important distinction to have this year in the Western Conference in particular (nobody wants to play Colorado in the first round).

Connor Mcdavid is having his fifth career 100 point season, setting personal bests in goals, assists, and points this year. It would be his sixth if it weren’t for a shortened season due to Covid in which he had 97 points in 64 games. Mcdavid looks better than ever and has a chance to make the first significant playoff push of his career with the help of Draisaitl by his side.

It seems as if the Pittsburgh Penguins still- four years later- are suffering from a Stanley Cup hangover. Since winning the cup back-to-back years in 16-17, the Penguins are 9-17 in playoff games. In 2019 they were swept by the Islanders and their last series win was in 2018 before losing to Washington in the conference semifinals. 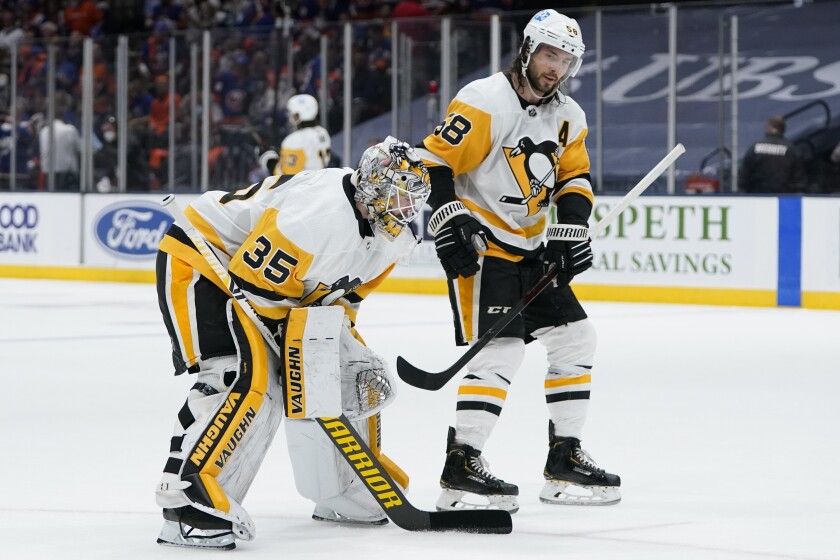 Pittsburgh hopes to break that trend but they’ve been struggling recently. Battered with injuries, the Penguins are having a tough time closing out the season. Since February first the Penguins have a sub .500 win percentage and have been extremely streaky.

Pittsburgh is also hurt by the fact that their starting goaltender Tristan Jarry was injured last week and is out at least until the playoffs start. The Penguins will have to rely on play making from Sidney Crosby and solid backup goaltending to keep their season alive.

I am fully expecting Edmonton to win this game. Pittsburgh is having troubles, especially offensively, and they will be playing without Malkin or Tristan Jarry. I expect Draisaitl to score and Mcdavid to put on a clinic in the offensive zone.

Edmonton has a lot to play for here, and Pittsburgh does too, but the Oilers seem more equipped to get a win right now. Pittsburgh won’t go down without a fight though, because losing means they are more likely to face Florida in the first round of the playoffs.

Drawback in the Desert, Knights Look to Shake Injuries

Without diving too deep into the Knights last season, the common theme was injuries. Even former coach Pete DeBoer missed part of the season due to injuries. With new Head Coach Bruce Cassidy at the helm, he is being dealt a similar hand.
[…]

Level The Playing Field For The NHL Stanley Cup

With the NHL Stanley Cup Finals underway, it’s time to look at the teams who missed the cut. An examination of the NHL Playoff format is in order as if it isn’t already talked about enough.
[…]

NHL Free Agency is moving along, and some players have been left behind. Tommy burch lists his top 5 NHL UFAs, and how useful they will be to their next team.
[…]